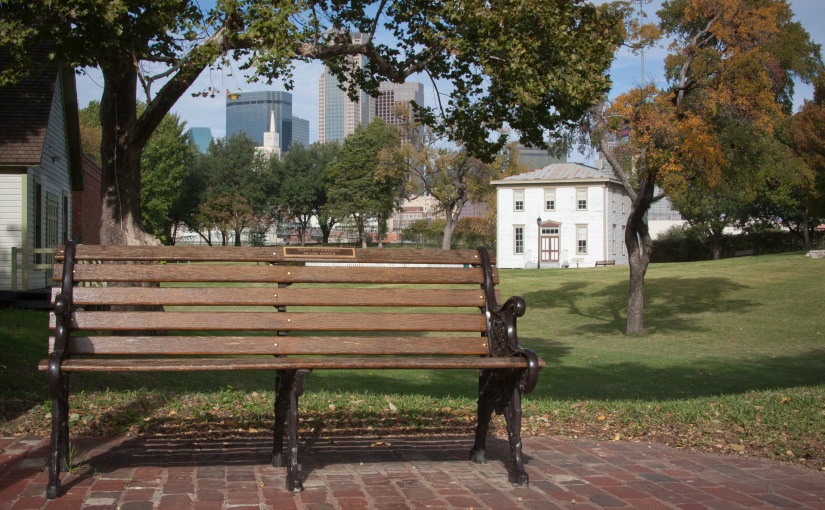 Lord have mercy–the world has changed a bit since I last wrote, hasn’t it? There are a million thoughts I could share about the Covid 19 pandemic and museum leadership, and maybe someday I’ll be able to write out all those thoughts. Or not. Has anyone else noticed how exhausting a pandemic can be?

I’m so appreciative of all the museum leaders that have already shared their thoughts and the philosophies that are guiding them through this. In a lot of posts and comments, my own thoughts and moves have been confirmed. I find this incredibly comforting, though the small pessimist in me could also be convinced that we’re all heading in the wrong direction. And while I so appreciate those leaders that have shared their stories of leading through the Great Recession or 9/11, what I’d really love to hear would be stories from those who were regular old museum staff during these previous crises. How has that shaped their choices during this current crisis?

In March 2009, I bought my house as the Director of Education at DHV. At the time, it felt a little risky, but prices were down and I needed a place to live. While I was deciding whether to pursue a home purchase as a single person working in a museum, I did ask my boss if my job was safe. He said it was, and so I bought a house at the very top of my budget range. (To be fair, my range was pretty low for a major metropolitan area like Dallas.) Luckily, I was able to find a roommate to help share expenses. In early July, my car decided to die on me, so car payments were added to my budget. And in late July, on the last day of a vacation, my boss called to tell me that all staff were being furloughed and I could expect a 20% pay cut for the rest of the summer.

Things were already tight for me. They got really tight. I took a part-time job. I was incredibly grateful for having a roommate. But it was incredibly hard and incredibly demoralizing. I had no idea that furloughs were a possibility. I don’t know that I would have done anything differently with my personal finances, but it would have helped to have been mentally prepared. As I think about the last month, I have realized that my experiences as a non-leadership staff member  during the last economic crisis have very much shaped my response to the current crisis. How many other directors can say the same? How many of us regular staff members even survived the Great Recession?

We closed DHV the afternoon of March 13. I immediately told frontline staff that they could expect to be paid for their scheduled hours through the end of the month. I also told them that beyond that, I just wasn’t sure yet. My mantra during that very first crazy week was the following: Buy time. Don’t be a jerk. (I might have used stronger language, but I’m trying to be professional here!)

The executive board met. We decided to do three things to keep cash flow going and staff employed: pursue a line of credit, talk to donors about redirecting major gifts, and/or dip into the invested funds. As we chatted, I realized, in spite of our ongoing operating deficit, we were in a stronger financial position than we were in 2009. We have no debt. We have major gifts that can be redirected. And our invested funds are large enough to use as collatarel for a line of credit.

Really, we’ve been taking it pay period by pay period. But I’ve also tried very hard to give staff plenty of warning and a few options. By paying people through March, we bought time to come up with some work from home projects for frontline staff. At the end of March, we let frontline staff know their options–and that we would pay them up to half of their average hours if they tackled some of the work from home projects. We gave them the option to use their small pool of sick time (a city ordinance that went into effect last fall) or furlough and file for unemployment. We also made a few other cuts. But then the Payroll Protection Program passed, and we put those cuts on hold.

As we continue to move forward, we’ve told staff that we will only pay them for hours actually worked. Some aren’t able to work from home right now due to other obligations, so they’re choosing to furlough. I’m taking a pay cut myself. Our PPP loan has been approved, but we’re waiting on funds. The line of credit is on hold due to all the PPP paperwork. Things are tight for DHV, but I also feel like we’ve bought enough time to ride this storm.

Through it all, in addition to my first set of goals (buy time. don’t be a jerk), my other goal was to give staff choices where I can. To keep them updated on the financial picture. That if there are surprises, there’s at least some time for folks to adjust and plan for those changes before they take effect. When I see the mass layoffs, I just wonder how those leaders were personally impacted by the Great Recession. Have they forgotten what that felt like? Or did they just never know? I totally understand why the furlough had to happen. But some warning or inkling that a pay cut was a possibility would have been a huge help to me personally. Transparency and communication is key. I know this is absolutely shocking!

Here’s the beautiful thing about handling things this way: staff are stepping up in a truly wonderful way. As I worry about the big picture financials, I have folks that are rethinking the daily visitor experience. They’re planning small classes that will meet community needs in the aftermath. They are rocking our social media channels right now. And they have a wee bit of security in knowing that I’m fighting for them on all fronts.

We’re not through this yet. There is so much work to do. I’m grateful that we have an outdoor facility which should be able to open a bit more quickly than other cultural institutions. I’m grateful that I have a staff that are working really hard to make sure we hit the ground running when we push the play button after this indefinite pause. But I do think it would be interesting to know more about how not being a leader during the Great Recession has shaped being a leader today.